These materials ensure that the colours and patterns don’t fade away. Explained below are the materials used to paint the pieces of clay pottery:

A slip refers to a liquefied suspension of the particles of clay in water. It is used for colouring the pieces of clay pottery before they’re fired. Either white slips or coloured slips tinted with oxides are used for painting the pottery. Some of the potters preserve the remaining slips. They are best used on greenware that is wet.

There are certain benefits of using slips. If the potter commits any mistake with the slip, it can be cleared off easily. This method of painting matches the shrinkage of the clay. So, there’s less worry about the heavier stuff popping off while firing or drying. A good visual impact can be created on the pottery pieces with slips.

When using such underglazes, it is best to work in layers. Many of them do not achieve full strength until three layers are used on the surface of the clay. One important thing to note is that dark colours have the tendency to bleed through overlying layers. This happens even when they cannot be seen before firing.

For many years, potters have been using glazes for painting ceramics. The best example in this regard is the glaze-on-glaze painting used in the majolica traditions. Several areas of the ceramics are painted using glazes of varying colours.

This particular method has one major problem. There’s always a possibility of the glaze flowing after becoming molten when fired. This can cause the design to become indistinct at the edges or disappear completely into an underlying glaze.

This is an excellent method for adding broad areas of colour and painting flowing lines. There’s always an option of using stains that are commercially prepared. Such stains are chemically stable and safe to handle, as they are made using fritted material. Otherwise, stains can be simply earth oxides mixed in water. They are quite difficult to handle.

Some of them are fickle and would change colour depending on the other elements present in the glaze. The best example here would be chrome oxide. It is generally a green colourant, but it can go pink if the glaze has tin present in it.

The use of fingernail polish or acrylic paint can also produce effective results. They are non-ceramic materials and can be useful especially for this type of painting. Among the two, acrylic paint is used most commonly. Both these materials are not soluble in water once they have dried, unlike the other paints. The only major problem with these materials is that it’s hard to visually integrate them fully with the clay. 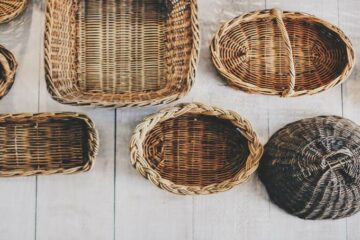 The Fascinating Art of Basket Making

Basket making is one of the oldest art forms of humans. It has been used since time immemorial for creating baskets of various kinds. The baskets thus created have been used as decorative pieces as Read more… 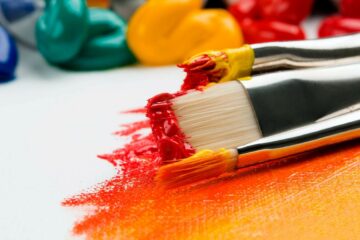 Often, the painting done on furniture in a hurried manner results in chips and peels some days later. It is, therefore, extremely necessary that you paint your furniture carefully and with the best products and Read more… 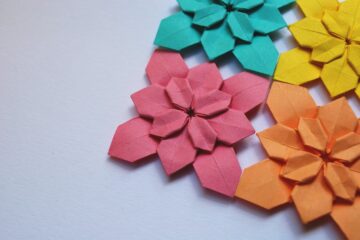 5 Most Popular Types of Crafts

Crafts include several art forms, ranging from knitting and printing to sculpture and metalwork. They are an outlet for human expression, influenced usually by the local culture. Crafts also possess the power to change cultures.  Read more…